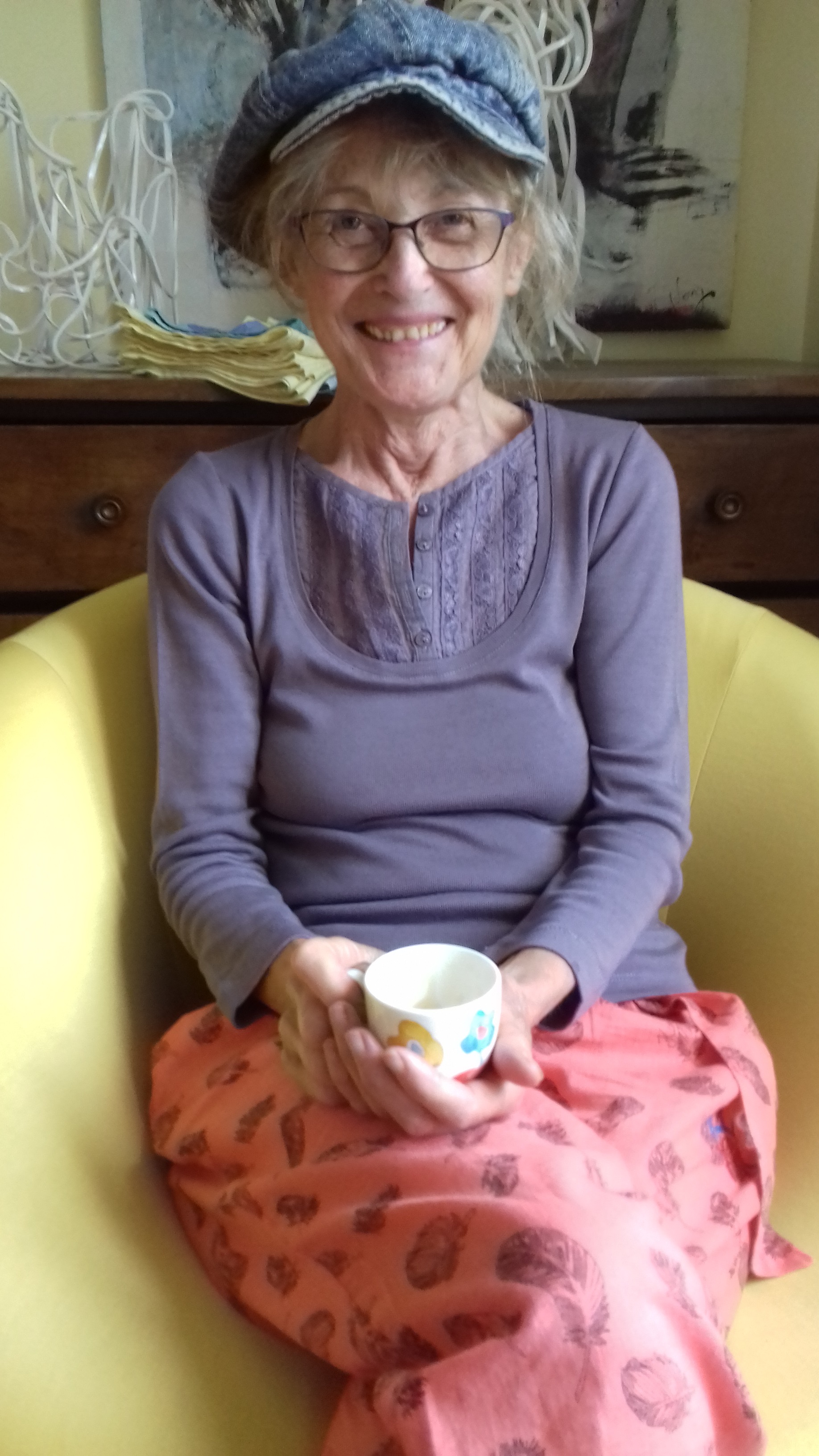 Kaolin, water, air and high temperatures I named "Entrelacs' these shiny hard trips, from a raw porcelain paste block that I knead in my hands. At the beginning of my interlacing, I experienced many moments of discouragement because my sculptures collapsed, sometimes enclosing the carrier pins in their belly. After many testing, I managed to find a solution to this problem.
Kneeling on my workshop's floor, I flatten my porcelain paste block, cut long strips of different shapes. One by one. Then I make them wrap or rise according to the dispositions of my mind. No preliminary design, no picture.
During this phase, everything becomes important : the temperature of the workshop which should not be too warm, the formatting time that must be calculated because the clay is susceptible to dry out too quickly. The suclpure is baked at 980°, then comes the second bake at 1260°.

Hand and heart "My Entrelacs are me" I often say, referring to Gustave Flaubert's confession : "Madame Bovary is me" and, thus, stating the close link between the creator and his creation. The Entrelacs become, in a way, the reification of a core ego, a picture of a mood, or perhaps the summary of a psichological state. A state that crystallizes in the volutes and takes shape in space, under my finger tips. My material, my " heart" is now disposed there, on the table, and is added to other works to constitute an organic story, as if this white porcelain ha acquired the magic able to trasmute a neuronal disorder into the order of art.
A psycho-artistic story develops under the gaze of the visitor walking into my studio, because all my Entrelacs look alike but all are different, as if the moment had frozen in their birth shape. The dichotomy hence appears as soon as we approach the Entrelacs : the softness of their curves contrasts with the hardness of porcelain. The viewer admires the technical prowess and know-how, hovewer a more sensitive approach makes him fin out the emotional depth contained in the work ; between the creation and its creator, there is a filiation, an umbelical cord, a powerful twinship.

Unlike the still picture, the Entrelacs offer a multiplicity of points of view ; to see it well, one must follow the lines and try to take part or this soul maze. The Entrelacs show an opposition between a kind of dense lines and a sensation of trasparency. They seem inflated with their own life, looking sometimes ready to burst and, at the same time, seem to hide in the core of their texture, as a secret, an invisible heart, an organic life, from where, if the visitor is silent, a breath seems to come out. The life's one.

My creations come from a direct and individual perception and do not follow reality of the spectacle of the world. Here, memory hesitates, turns around and struggles to let go. For this, I think that my art can be seen as a hybrid writing of individual emotion allied to traces of memory, almost a self-portrait.