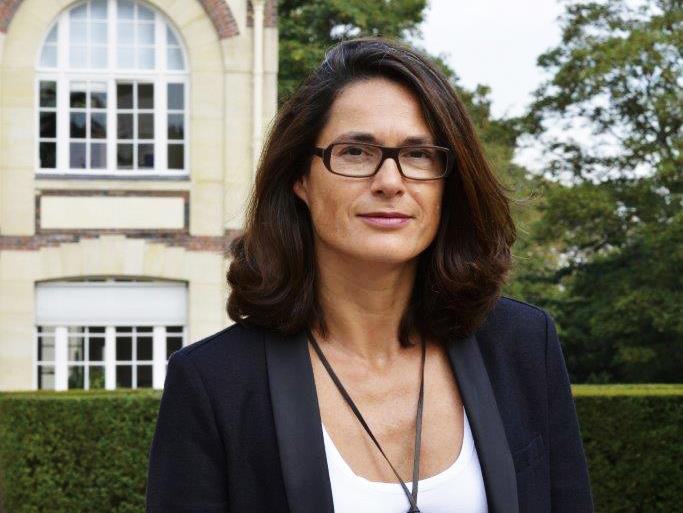 She is the general director of Sèvres-Cité de la céramique since 2014.

She obtained her master degree of History of Art from Université de la Sorbonne and was appointed general director of Dan- iel Templon Gallery and head of Internet and Audiovisual Center in musée du quai Branly.

She was responsible for the culture legacy department while at service of Paris city government as office director.

She was the director of the culture department of Essonne Provincial Congress. She was also the founder and director of “Uah^”, an agent specialized in designing & manufacturing of Asian cultural products.

During the 16th and 18th centuries in France, porcelain was highly prized by the aristocracy and the courts of Europe. To meet the demand, France imported a lot of porcelain from Asia, especially China. This admiration inspired people to discover the secrets of porcelain art. Later, many royal porcelain workshops were established all over Europe. People were eager to overcome the challenges of art and technology and finally make porcelain of the same level as China's.

Sèvres – Cité de la céramique is composed of the Musée national de Céramique-Sèvres  and the Manufacture nationale de Sèvres. The collection of the ceramic center includes a large number of ceramic works from all over the world. On the basis of continuation of the positioning in the 18th century, the center continues to develop the business of porcelain art creation and production. Founded in 1740, Manufacture nationale de Sèvres soon became the royal workshop under the influence of Louis XV and Marquise de Pompadour.

Historically, Manufacture nationale de Sèvres has always been in harmony with the trend of artistic creation and the taste of the times. The artistic level and exquisite workmanship of its works are appreciated. Aristocracy, European court, French king, French emperor were all its customers. Nowadays, it has become the national royal workshop, and some of its works, such as decorations, tableware and diplomatic gifts, are specially produced for the Elysee Palace, the office of the French President. Other works were collected by amateurs and collectors.

Technical innovation, excellent skills and artistic creativity were the foundation of development of Manufacture nationale de Sèvres since its founding. Its key feature was the constant renewal of artistic creativity, and it always had a tradition of cooperating with artists, painters, sculptors, designers and technologists, covering a wide range of fields, such as jewelry, architectural design, tableware, furniture and sculpture. Partners included authors from France and other countries around the world, including China.

The "Blanc De Chine" International Ceramic Art Award provides an excellent opportunity for artists to discover Dehua porcelains. This is also an opportunity for local artists in Dehua to communicate and cooperate with foreign artists, which is conducive to updating their sources of artistic inspiration. The new artistic expression will better display the value of traditional skills of Dehua ceramics and help strengthen the influence of Dehua. I believe that collectors will be full of happiness for once again appreciating the "China white".